It started with a virus. Then followed the excitement of the lockdown-high. I had zoom calls with long-lost friends and was added to a zillion new WhatsApp groups. Then came the come down. Winter returned, life was cold and isolation felt strange.

Now, a month after running to the hills of Koroška, and I have found a certain peace. We humans have the ability to adjust to our situation, no matter how strange, and I seem to have reached a gentle contentedness to living more simply, more frugally and more physically than before.

This has been achieved by turning to a more pastoral way of life. In addition to working on various home improvement projects, (I spent two weeks with a chainsaw and chisels, making traditional wooden rain gutters for my house from tree trunks) I have been helping my neighbours – forty-something Štefka and her 74-year old mother Ančka, Breg’s Matriarch – work their land.

They have a mountainside farmstead (think Heidi landscape); a couple of cows, two pigs, a few chickens, some alpine pasture and a scattering of plum and pear trees. And with each new season, there are new tasks to be done.

Assisting them was the least I could do considering their extreme generosity. They have been bringing me homecooked meals, to the point where I had an excess of food and had to protest. And that is just their most recent act of kindness. Ever since I bought Breg house in 2007, Štefka, Ančka and Jaka (God rest his schnapps-drinking soul) have been nothing but the best of neighbours to me.

I spent two afternoons raking dried leaves and dead grass from the meadows with Štefka. It had the instant gratification of cleaning a dirty window with a squeegee. It was a simple, even mundane task, yet I enjoyed it immensely. With this simple act of raking, we were helping to maintain the meadow and hold nature in stasis by preventing the forest from reclaiming the ground. No tractors, no machines. Just hand rakes, exactly as it has been done here for the last 300 years.

I have come to enjoy all this physical work. There’s wood to split, logs to bring in, the Piazzetta fire to light. There’s a fence to repair, a pipe to be fixed, a stone wall to build. I have found pleasure and fulfilment to the slowness of lockdown life. I am never bored. I become completely absorbed in my tasks. I forget all other worries and lose awareness of time passing. I feel fitter, more focused and more content.

I recently watched a documentary about the Amish. They believe that daily physical labour is a joy in itself. This is why they shun modern-day labour-saving devices as these would, in their eyes, reduce the amount of hard work required, and thus reduce the quality of life. I’m not about to swap my car for a horse and buggy, and grow a weird beard, but my pastoral BREGxit lockdown has made me realise that perhaps the Amish are on to something.

It is also through interaction with my neighbours that I have been able to practise speaking Slovene on a daily basis. Which is ironic. Because in my normal Ljubljana life, when I see far more Slovenian people, I speak far less Slovene. Though my level remains crude, we have been able to converse to an interesting-enough level. And I have discovered more about their lives as we have toiled together.

“My brother would have been 50 today” Štefka told me, as we pulled our wide rakes towards us, gathering hay and leaves at our feet.

Though I knew she had a long-deceased brother, I knew nothing of the circumstances of his death. I decided it would be an appropriate time to enquire.

“He hung himself. His girlfriend left him for someone else.”

A little later, Ančka arrived with a can of cold beer and two glasses.

“She’s come to check on our work!” Štefka joked.

We took a seat on a wooden bench, sipped the beer and looked out over the mountains and Meža valley below, now in the golden sun of spring. I asked them if they knew everyone who lived in the farms we could see, perched on the sides of the surrounding hills. Štefka proceed to point out each farm, recount the family name and the number of inhabitants of each.

“Do they ever come here?” I asked.

“Yes, once or twice each year.”

“No!” – Ančka said, shaking her head, as if the idea of her leaving Breg was absurd.

Indeed, Ančka does not leave Breg. Incredibly for a Slovene, she has never seen the sea. She has no desire to visit lands beyond her borders. She believes she has everything she could want right here on the planina of Breg.

If you want to see Ančka, you must come to her. And come they do; she has no shortage of visitors. Despite living 850m up a mountain, the gravity of this Matriarch is strong. There is always someone popping in for a kava or homemade schnapps – be it the snow-plough driver, a relative or one of their many friends. No matter how busy, there always seems to be time for a little malica.

The difference between their worldview and mine, perhaps makes our friendship an unlikely one. I have jumped at chances to leave my own country and go far beyond its borders. I have lived in Asia and North America, and visited exotic lands: Beirut, Beijing, Burma and Kashmir.

Back home in the UK, I had never spent so much time with such deeply rural people. But I seem to have an affinity for rural folk in secret corners of the world. Indeed, amongst others, it was the lives of the farmers, fisherman and other local characters of rural Japan that fascinated me most, during my two years living there. There’s something appealing to me about those who still live the ‘old way’.

It’s thanks to Štefka and Ančka that I have met many other Slovenes in the area. But I have returned the favour too.  Whenever friends come to visit me in Slovenia, I always take them to Štefka’s and Ančka’s. So ironically, Ančka, who rarely leaves the borders of Breg, let alone her country, has shared her kava and klobasa with people from America, Scotland, France, Iran, England, Austria, Ireland and New Zealand – and she seems to enjoy such visits.

Štefka and Ančka run a tight ship up here in Breg and keep a critical eye on my projects. After I have finished any given construction or garden task, Ančka soon arrives to inspect my work. My wooden gutters met with her approval, but at the same time she remarked on my untidy garden. She approved of my new vegetable plot, though instructed me to make a fence to keep out the deer.

Often when I am working away outside, Ančka will suddenly appear. Normally, I would rely on Štefka to translate her mother’s heavy Koroškan dialect into more understandable Slovene for me. However, a few days ago, Štefka was absent, so for the first time ever, I had a long, one on one conversation with Ančka, and to my surprise (and joy) I found we could communicate.

We talked about the number of eggs the chickens are currently laying (seven or eight a day) when the cows will go out to pasture (late May), if they’ll be any plums this year (last year there wasn’t) and when it’s time to start planting the vegetable garden (first of May). I also learned that despite their ample supply of eggs, Ančka doesn’t eat them, and for all the plums they pick, she never drinks schnapps. Instead, such commodities are used as currency; gifted to friends who visit and help out on the land.

As lockdown goes on, I have started to go the way of Ančka, becoming almost allergic to leaving Breg. When I had to make a trip down to civilization this week for supplies, I didn’t enjoy the strange, new COVID-mask world, and I was glad to get back to the sanctuary of Breg.

And so, I have been settling into the rural Slovene life, working with my hands and working outside. Global lockdown makes it easier to appreciate this simple life. Because for now, FOMO (Fear Of Missing Out) has been cancelled. One thing we can all be sure of right now, is that there IS nothing to miss out on. And this allows us to gain contentment from life’s more simple pleasures.

This morning it was ‘casually suggested’ by Štefka (likely she was delivering orders from up on high) that it was time I got my flower beds in order (which I confess, have been neglected for more than a decade). So, I spent an hour weeding them, and as I raked in the last of the cow-manure compost, Ančka appeared. She lent on her stick, silently observing my progress.

I awaited her ruling nervously. Had I done enough to please The Mighty Matriarch of Breg? Finally, she put me out of my misery:

“OK, now your house is beautiful.”

It’s taken me over ten years, but I think I just got my priden* badge.

*Priden is a Slovene word meaning ‘diligent/hard-working and seems to be a Slovenian trait to aspire to.

This post was first published in Total Slovenia News and was the third part of The BREGxit Corona Lockdown Diaries.

4 thoughts on “Getting Pastoral and Priden in the Pandemic” 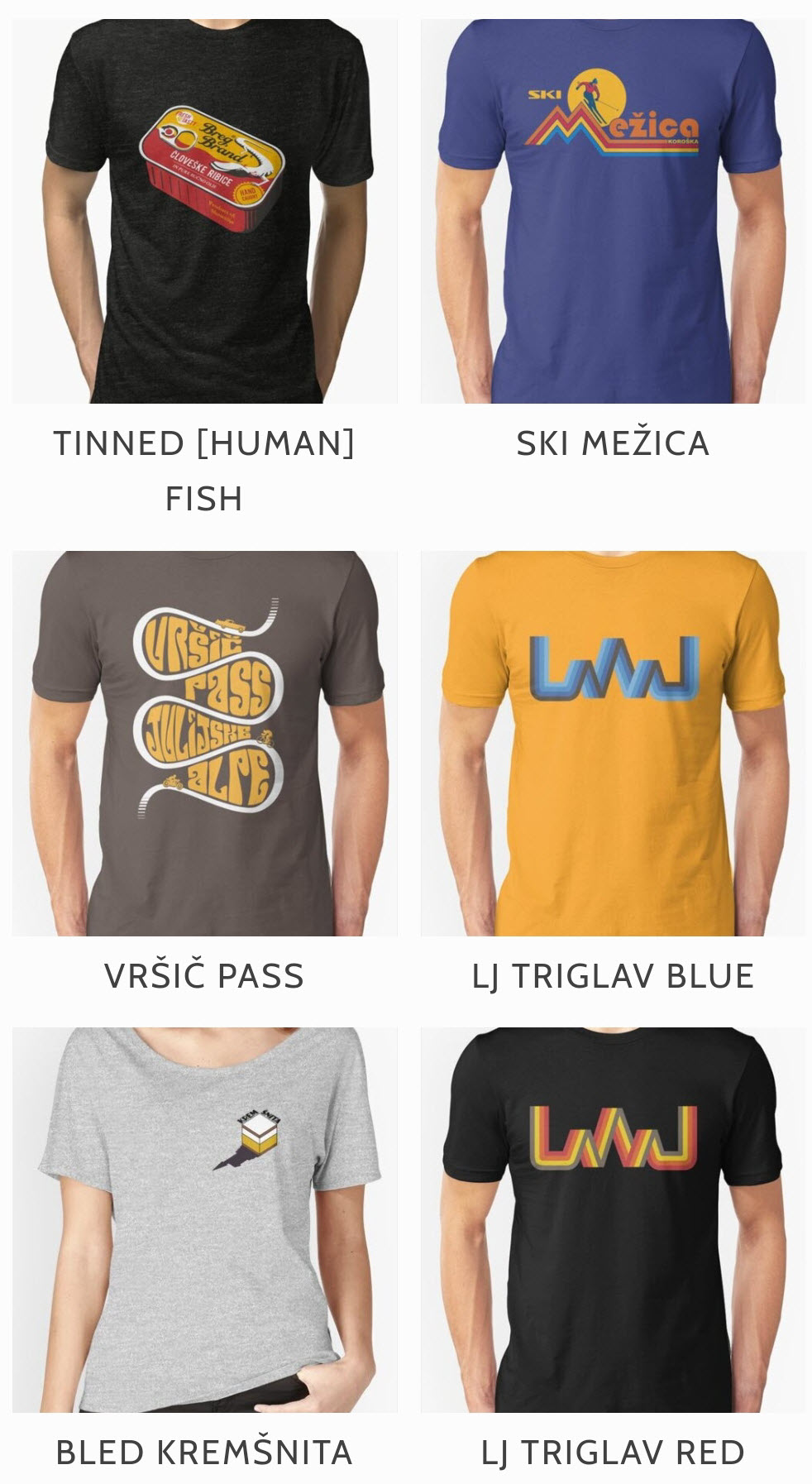