Despite visiting Koroška several times a year for the last decade, I had never climbed Mount Peca. It’s a mountain that I can see everyday from Breg House and at 2125m tall, it’s the highest peak in the eastern Karawank range.

Three-time Breg visitor, Benito Aramando (who is a long-standing fan of a Karawank) was enjoying his forth visit, and with perfect autumnal weather, it was the ideal time to hike Peca, so we set off in search of the peak.

A 30 minute drive is required from Mežica to get to the base of the hiking route, where there’s a small area for parking cars. Just one other car was present, and we met the owners of it almost straight away; they were just finishing their hike just as we started ours.

It was a sunny day and Benito was lamenting the lack of sunglasses, but was delighted to adopt a Gant baseball cap for the day, which I had inherited in the hire car. From here we followed the logging road up into the forest, a mixture of conifers and deciduous trees, before reaching the rest house ‘Dom na Peci’ after about 45 minutes.

Now out of season, it was not open for business, but we took a chunky wooden seat all the same, and tucked into our lunch (some mesni burek) whilst enjoying views out over the mountain. After lunch Benito went to enjoy the compost toilet too, but ended up not making a deposit in the end.

From Dom na Peci, we continued up a narrow path through the forest, which eventually opened out on to a grassy clearing. It seemed too remote for the grazing of cattle, and the hunting hide suggested it was maintained purely for shooting deer or perhaps gams – chamois. 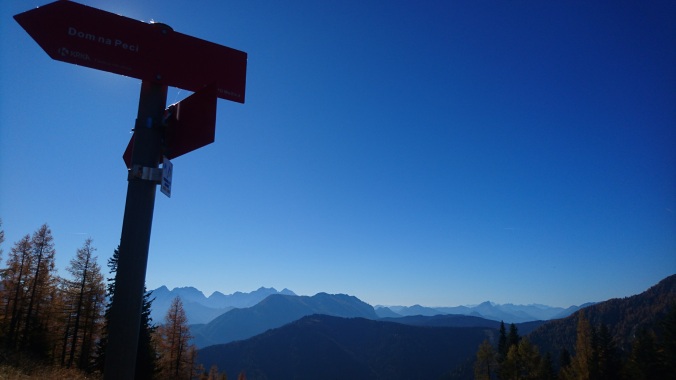 We had picked the perfect day for the climb, sunny but not too hot, and clear, which gave us views out over the Karawank range – layers and layers of mountains, each successive layer a slightly lighter shade of blue. 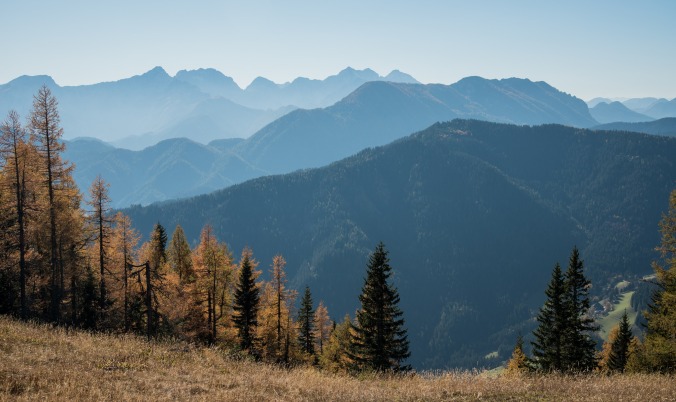 Benito, who had brought out the big guns (his SLR camera) was insatiable for shots.

“I just can’t stop. Every direction is the perfect photo.”

And he was right. 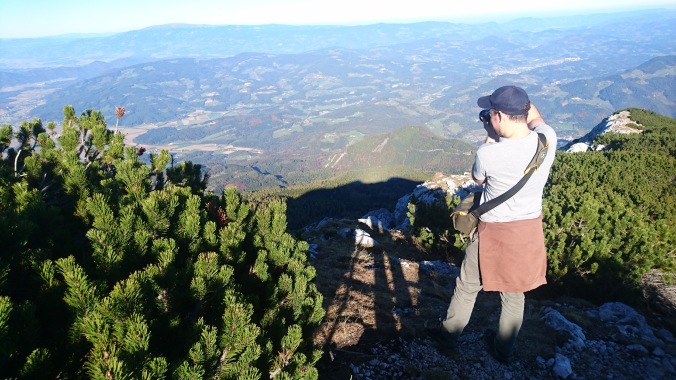 Dom na peci from up on high

A Hero is Born

At this point the ascent steepened, the path becoming rocky, and the trees shorter and scrub-like. After around 30 minutes Benito was struggling. Recovering from illness, he was not firing on all cylinders, and after a few pit stops, he finally conceded:

I guessed we were still around an hour from the top and the terrain didn’t look like it was going to get much flatter for a while. I considered the options; turn back and summit another day, or try and push on. I didn’t want to risk exhausting Benito or causing injury, so I suggested turning back, but just as I did, Benito announced that he was ‘going to soldier on’ like the hero that he is.

I have seen the exact same behaviour from Benito around the mountains of world, from Italy to India, so I knew once those words were uttered, he could make it and we would see the summit of Peca that day.

And so we headed on, the trees becoming scrub, the ground more rocky, until we reached the shoulder of the peak, and the terrain flattened. At this point we knew we weren’t far, and with the peak in sight, Benito’s spirits rose.

The summit of Peca (Petzen in German) affords fairly spectacular views of the Karawank range. Benito took the opportunity to go photo crazy, whilst I signed the mountain visitor’s book, which is kept in a small metal box on the peak.

A flock of Alpine choughs noticed our presence and homed in. Cleary used to being thrown titbits by climbers, they made their desires clear; Benito eventually conceded and shared some of his flapjack with them which he had imported all the way from the UK – so the Choughs were really getting a foreign speciality that day. 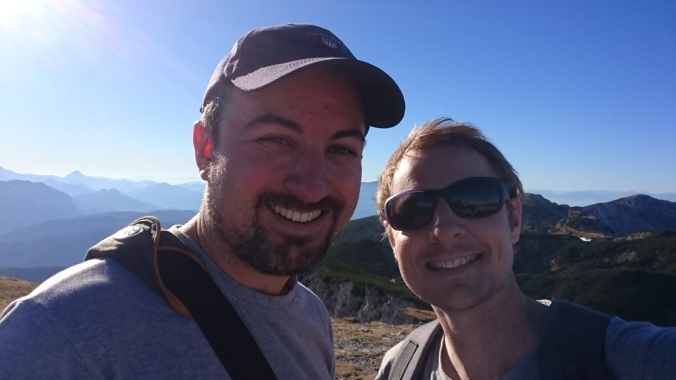 I eventually manged to get Benito to cease taking pictures, and we began our descent. Taking about an hour and a half, we saw no other hikers so had the entire mountain to ourselves. 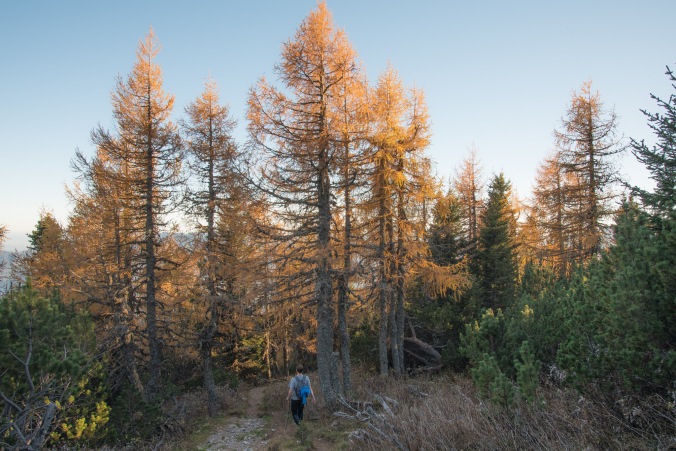 All in all, Peca is a lovely mountain to hike and one that I will certainly return to.

Most of the pictures in this post were taken by Benito Aramando. To see more of his fab photos visit his Flickr page.