I usually write about the rustic side of Slovenia, but today I’m going to tell you about another side to this unexpected country. I was passing through the south of the country and was staying with a Slovenian friend I met some five years ago. We shall call him ‘Nat’.

Nat had played an essential part in my relationship with the country when I had spent five weeks travelling around Slovenia, with the goal of meeting as many interesting people as possible. Knowing that I was always keen to seen into the lives of real Slovenians, Nat had brought me to see his latest business project – a cryptocurrency mine. 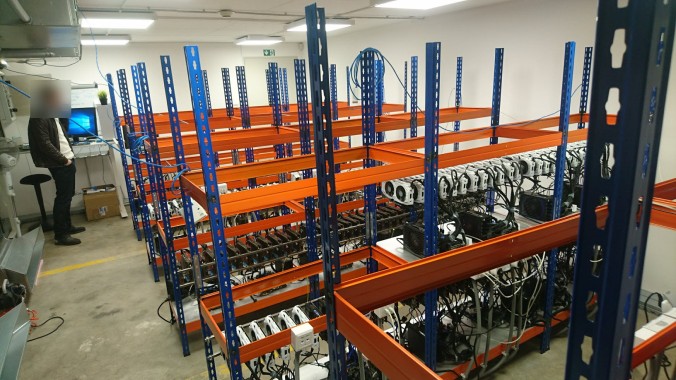 Racks and racks of processing power.

Like most people, I’d heard about Bitcoin and Ethereum and had a basic understanding of the principals behind them, but I had never seen an actual cryptocurrency mine – at this scale. And I had never expected to see one in Slovenia.

Each unit is a graphics-card with built-in cooling fans. These are ideal for mining Ethereum.

It was after dark when we reached the mine. Located in a building basement, it had all the trappings of an underground lair of a Bond villain. Inside the room, brightly coloured racks supported rows and rows of graphics card units, each with two built-in fans, making them look like giant cassettes. 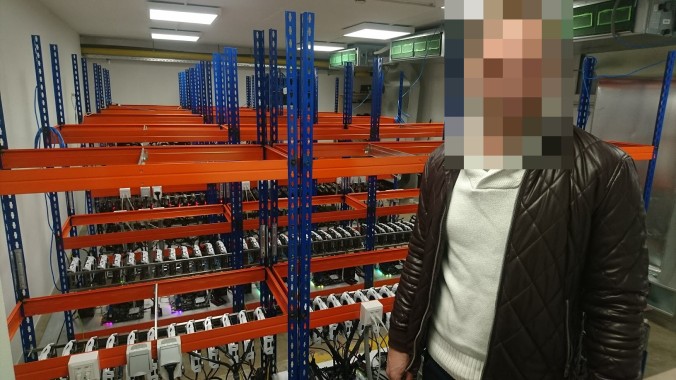 Three huge extractor units sucked out hot air generated by all those processors, and pumped in cool air to prevent a melt down. Nat explained how it all worked, and how they would switch from Ethereum to mine other cryptocurrencies, depending on the ‘hash rate’ – the speed at which you are gathering currency.

Nat concedes it’s a gamble. His business has invested a considerable amount into the project, and he knows it may not pay off. Cryptocurrencies are notoriously volatile, with values fluctuating as much as 20% in a day. But interest in this new blockchain-powered monetary system is growing massively, and early adopters can also stand to make a lot. Nat is one of the new breed of entrepeneurial Slovenians that is keen to learn, explore and execute new ideas.

It was a fascinating and completely unexpected experience; Slovenia never fails to surprise me.

The Blockchain revolution is alive and well in Slovenia