It had been over a week since ‘The Beast From The East’, an arctic-born storm, had iced over much of Europe. Although I had been absent from Slovenia when it hit, I knew temperatures had fallen as low as -16C at Breg House. 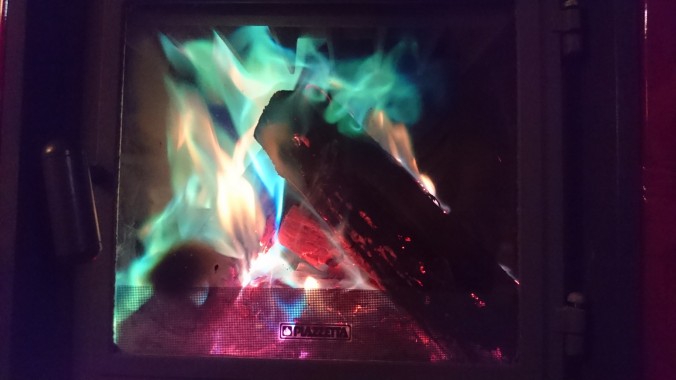 Breg is completely unheated during my absence, so temperatures inside the house tend to hover around 5c above what they are outside. I know this because I have become obsessed with the temperature in different parts of the house and have stationed thermometers in almost every room.

Although vastly better insulated now then when we first bought it, Breg house is not known for its ability to retain heat or keep out the cold. And when temperatures plummet so low for so long, no amount of insulation will stave off the cold in a house with no heat source. So it was likely around -10c inside, during the worst of storm.

What did surprise me was that even though it was a week since the Beast From The East had passed, the effects were still very present in Breg. For example, it was the first time I had seen the water in the toilet bowls completely frozen. And I mean completely; not just a layer of ice on top, but a solid, ice plug, all the way around the u-bend. 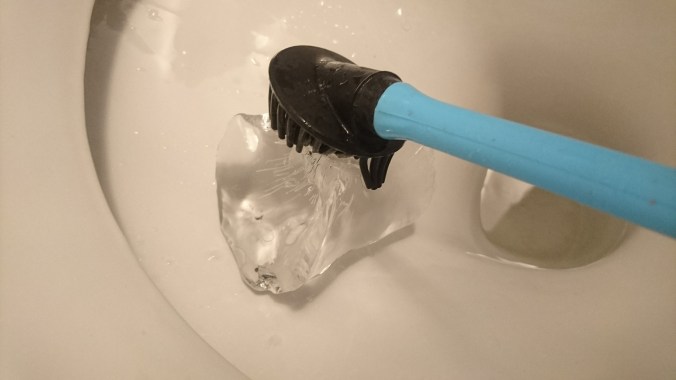 Want ice for your G&T? Ice plug from the u-bend; this is after considerable melting with hot water freed it.

I normally empty all the toilet cisterns, but I had evidently forgotten to empty one, and that too had frozen into a solid block of ice.  This led to a mini-flood when I  turned on the main water supply, as water was unable to drain into the overflow, and instead came shooting out of the top of the cistern. Even the kettle which I had left about a third full had a block of ice in.

Block of ice in the kettle

But the most incredible example of the power of ice was the total destruction of my electric towel radiator. Here, a blade of frozen water had burst through the body of the radiator, spreading the metal seam and bursting out like an infant alien xenomorph bursts through the ribcage of its host. Except that it would have been an extremely slow-motion version. 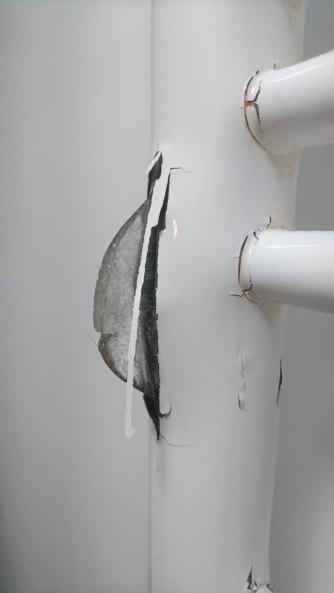 Ice bursts through the radiator like an Alien through a chest 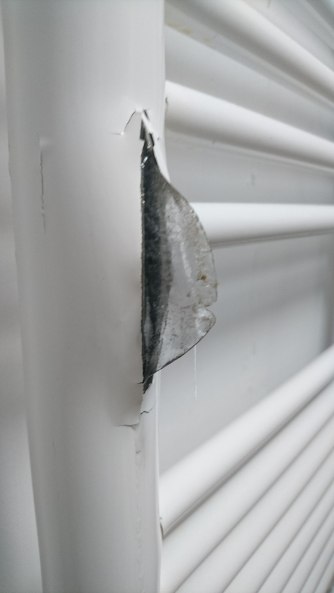 With one toilet cistern and one radiator dead, the ice was winning. But on a positive note, my water supply itself was still working, and most importantly, the pipes coming into the house, which I always feared vunerable to freezing, had survived unscathed.

Also encouraging was the survival of my water heater, that sits in the same room as the toilet cistern which had frozen solid. I always empty about half the water out, so there would have been some water left inside, but it seemed to work almost straight away, suggesting that the remaining water hadn’t frozen, or if it had, only a thin layer rather than into a solid ice block.

Spring is not far off and there is much to be done in Breg House this year. The more time I spend here, the more I see what works and what doesn’t; it’s an ever evolving, ever improving project and 2018 should see some major tasks going ahead. 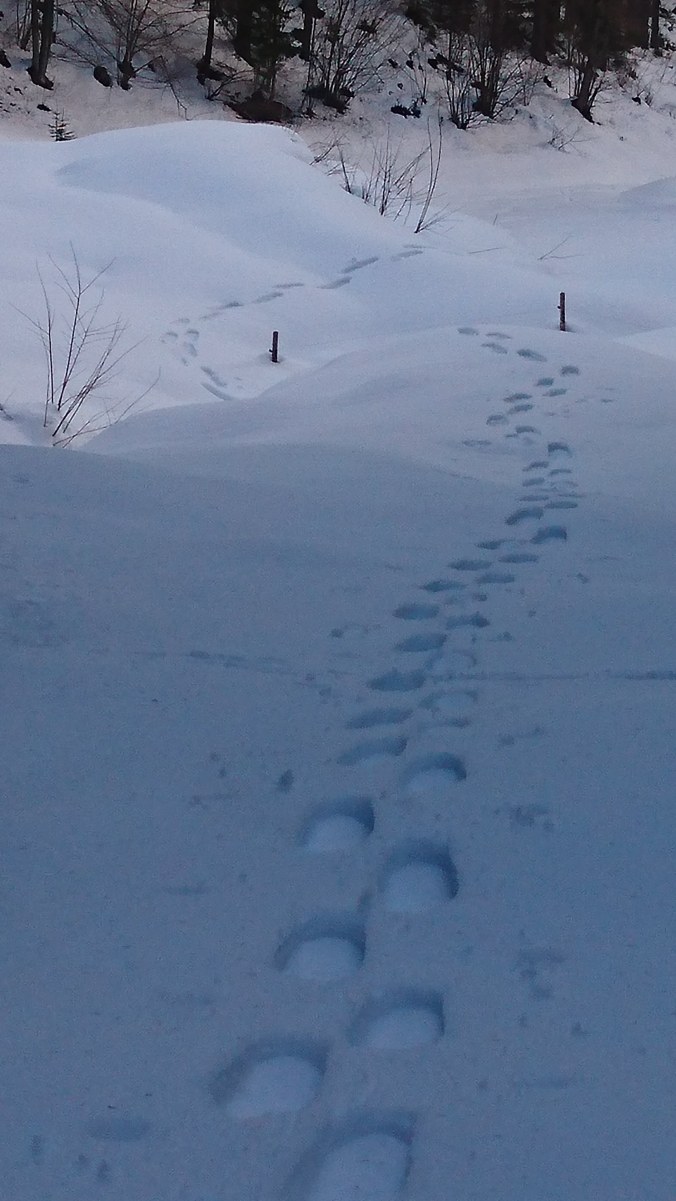